The Internet Gives Us Freedom of Expression! 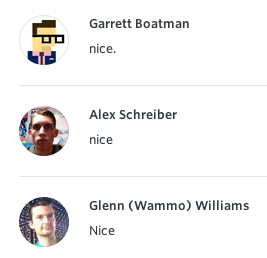 (reviews of the new "Washed Out" album on Rdio)
Posted by Joshua Sherman at 7:50 PM 9 comments:

"She had this little place with this little bathroom...it's like right there. It's not even down a little hall, or in an alcove, you understand? There's no...buffer zone. So we start to fool around. This is our first time and it's early in the going and I begin to perceive this impending intestinal requirement, whose needs are going to surpass by great lengths anything in the sexual realm. So I knew I had to stop. But as it's happening I'm thinking even if I can somehow manage to extricate myself from the proceedings momentarily and relieve this unstoppable force, I know that bathroom is not going to provide me with the privacy I know I'm going to need to resolve what is sure to be not a single episode but more of a mini-series, as it were. So there I am, faced with the question: To go or not to go?"
Posted by Joshua Sherman at 11:21 AM No comments:

I am trying to get some writing done this hiatus, and freewriting is a good way to clear your mind!  Here is page two of pure unaltered neurotic mania.

There are so many “cool features” in my Apple products that I’ve never used.  So if they aren’t useful, are they cool?  And can this give me any insight into my writing?

I’ve written a page.  Reading a page of something seems like a lot to ask people of these days.  Is that a declaration of my confidence in my writing?

Should I go back and change every question I’ve written into a declarative statement?

I should go back and change every question I’ve written into a declarative statement.

But I won’t.   I consider altering “But I won’t” to “But I’m not gonna” because that sounds more casual, and I don’t want to offend you. (I later come back to this paragraph, three times, unsure of it)

Why are you still reading?  Am I giving you any insight into your writing?  Do you think like this?  How could you possibly...

I should turn this piece into a drama.  That will keep you reading.

Man, am I gonna publish this?  I’d have to reread this whole thing, which seems like a lot to ask myself.  Would I have to reread it?  Just go for it Josh!  Reading it again will only make you self-conscious.

Copy!  Paste it into your blog!  Just do it!

Okay, let’s turn this into a drama.

Shit I need a title.
Posted by Joshua Sherman at 11:09 PM No comments:

My Unpublished "Letter to the Daily [Northwestern]", Submitted 1/24/07

I was clearly in the throes of winter madness.

What is wrong with you freshmen?  Over three months ago I wrote a letter to the Daily calling for the return of tuna fish sandwiches and the cessation of freshmen coming to Norris stoned.  Now [name erased], a Weinberg freshman, is celebrating the permanent return of the Buffalo chicken wrap.  According to Wikipedia, wraps have only "recently become popular." This begs the question: why do you choose it over tuna?

My only guess is that you freshmen are worried because you are constantly getting pregnant.  The FDA, hardly infallible, has said that pregnant women should limit their intake of tuna due to high mercury levels.  These studies are questionable, as many children whose mothers have regularly eaten fish containing mercury do not suffer any ill effects.

Maybe I am just out of touch and getting old.  If you google "Zach Braff Tuna Fish Sandwich," you get 307 results, whereas if you search for "Zach Braff Buffalo Chicken Wrap" you get 371.  This makes sense though: tuna contains omega-3 fatty acids which are good for your brain and you stoned kids hardly want to use yours.

Well know this, freshmen: the things that are cool to you now will be so uncool by your senior year.  Do any seniors still use AOL Instant Messenger?  I should hope not (go Google Talk!).  Friendster?  Done.  The O.C.? R.I.P.  By the time you are seniors, I hope the freshmen are eating bologna and ketchup sandwiches just so you can experience the disgust I have for you.

So ask yourself this, future of America: do you want to ride the bandwagon, or do you want to drive it?  Bring back the tuna.
Posted by Joshua Sherman at 5:22 PM No comments:


Posted by Joshua Sherman at 9:38 AM No comments:

Back to the Fringe 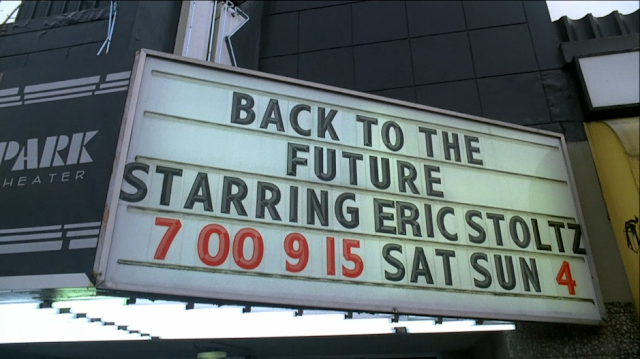 From the FRINGE episode "Peter."
Posted by Joshua Sherman at 2:05 PM No comments:

Dave Grohl raved about this song on WTF with Marc Maron today.
Posted by Joshua Sherman at 4:28 PM 1 comment:

Law student, Cody Wilson, is leading a "downloadable" gun project.  His project, Defense Distributed, is crowdsourcing downloadable 3D CAD work, so anyone with a 3D printer can "print" out a gun.

Now, back in my day of 3D CAD printers, we focused on building a Gratifying Insertion Reality Labratory, better known as a GIRL. 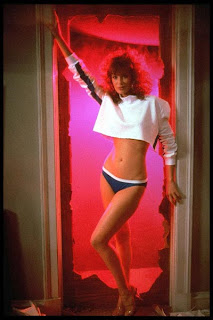 But as the technology is outrunning our understanding of what questions to ask, our good friend Cody is stuck on "What is a gun?"

"You're learning so much about the world  So much about... It's the must instructive thing I've ever done, it's the most brilliant period of creation I've ever had the privilege of being able to experience.

People begin with assumptions of: what is a gun? It needs to be able to maintain rigidity and structural form for the bolt thrust and the chamber pressure..

No, we're thinking like, break it down into it's most irreducible components, something extremely crude, like a canister with a hole in it."

A canister with a hole in it?  Maybe he is making a Gratifying Insertion Reality Labratory.

Cody wants us to have an adult conversation about "What is a gun?"  At one point, Cody asks "Is it art?"  This is like a debate that might take place in the War Room in Dr. Strangelove.   Perhaps we can convince the Ruskies that nuclear annihliation is just a performance art piece.

In this video, he really is flooded with good philosophical questions.  Of course, any other questions are not good.  In this post, he asks "How's that national conversation going?" before firing off a few rounds, of what I assume is a self-made gun.


I must give credit to his crowdsourcing team's engineering, he has made what looks to be a fully functional gu-- art piece.

I hope he succeeds at creating a national dialogue about gun existentialism.  I don't agree with him on much, but when Rep. Steven Israel today posed outlawing 3D printed gun magazines, I echo Cody's reaction: "You know they put you [Jerry Seinfeld] on Thursday night so you got a little heat going for you right now.  Won't last forever." -Hank Kingsley, 1993
Posted by Joshua Sherman at 1:23 PM No comments:

Posted by Joshua Sherman at 7:10 PM No comments:

I love how he accents his blog posts.  I need to start doing this. 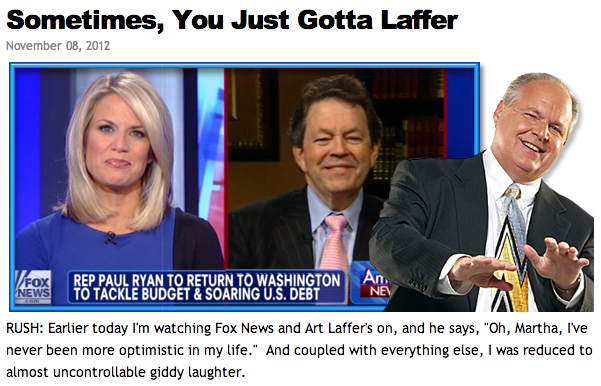 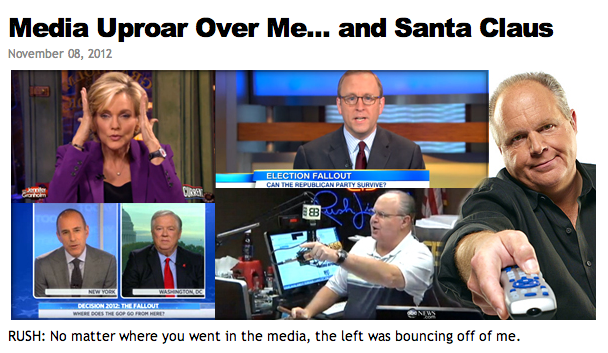 Posted by Joshua Sherman at 4:17 PM No comments:

Stars Wars: The Sequel to the Sequel of the Prequel

With Star Wars VII announced today as part of a takeover by Disney, I believe we're all having a fraction of the excitement we had when George Lucas announced Episode I.  Yet even just a fraction of that feeling is more than most press releases get.  And yet, what's that old saying from Tennesee?

So let's all get our heads straight this time.  The STAR WARS trilogy (IV, V, VI) is perfect.  And you will never get that again.  And if any movie that comes out is not adequate enough for your judgment, it is not George Lucas's fault, it is not Disney's fault, it is your fault.

Star Wars is for children.  You loved it as a child.  And your childhood is over.  And Star Wars isn't responsible for making you feel like a child again.

There have been some amazing movies since Star Wars came out and many of them have altered how you can appreciate a Star Wars movie.  For example, listen to how a gunshot sounds in a Christopher Nolan movie.  It's intense!  And you like that intensity, don't you?

So now you're addicted to an intense gunshot sound effect.  You like the terror and anxiety that one bullet left in the chamber makes you feel.  Why can't Star Wars be that awesome and intense?

Because Star Wars is for children.

So let's just go through the next 5 years.

Update: It keeps getting better and worse. From the official announcement video... 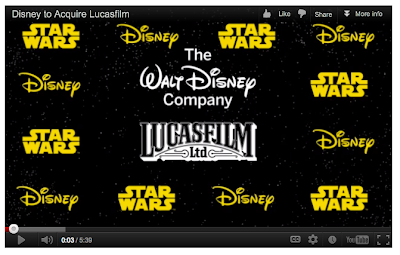 View my complete profile
Ever listen to that crazy rap music? What is it with these damn kids!? It's all about guns and "bitches": I don't get it! This blog is about everything I don't get!